How much would a billion dollar transaction outside Bitcoin cost?

An international transaction using the traditional banking system can cost from 1.5% up to 6% of the amount transacted only in administrative fees, plus the IOF charged by the Federal Revenue which varies between 0.38% and 1.1%. $2 billion would cost, to be moved at a rate of 1.5%, R$30,000,000, plus the 0.38% tax, R$37,600,000. Meanwhile, Bitcoin miners don't care about the amount moved, only about the size in bytes that the transaction will occupy in the block and how much they earn for the space occupied in the blockchain.https://www.blockchain.com/btc/block/694294It is worth noting that the billionaire, despite his haste, was using a Segwit address (with the beginning bc1), which saved the space used in the blockchain. Read too:Buy and sell Bitcoin and other cryptocurrencies on Coinext
The complete brokerage to invest safely and conveniently in the most traded cryptocurrencies in the world.
Sign up and see how simple it is, go to: https://coinext.com.br

Site monitors how much Ethereum is destroyed for each block mined

Thu Aug 5 , 2021
ethburned.info, an explorer of the Ethereum blockchain released this Thursday (5), monitors how many ETH are destroyed with each new block mined on the network — something new that was introduced in the hard fork ‘London’. The new version of Ethereum determines that the token used by the user to […] 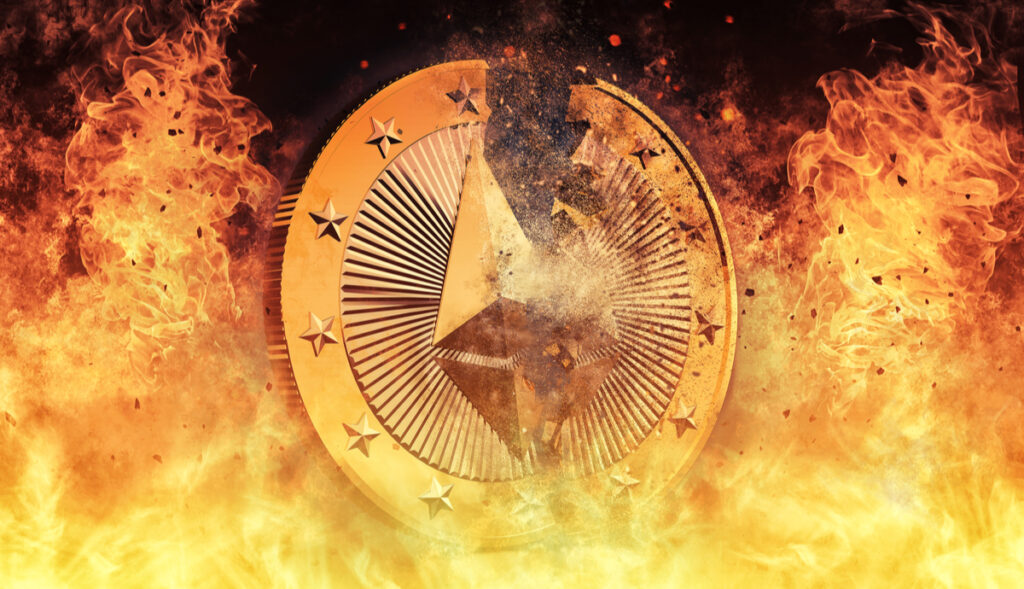