The Ethereum-based Axie Infinity game has surpassed $1 billion in sales, according to data from CryptoSlam!. As of this writing, US$ 1,055,735 in Pokémon-inspired NFT game tokens have been traded in 2.4 million transactions. There are 324,850 buyers, 936,065 owners and over one million daily active users. The milestone is the latest evidence to show that the blockchain game, released in 2018, truly went viral this summer. Nearly one-fifth of Axie Infinity's sales occurred in the last week and three-quarters in the previous month. Axie Infinity is the first NFT game to exceed $1 billion in sales. The second-best seller is NBA Top Shot, the basketball collectible card game, which runs on the blockchain Flow and has amassed $675 million in sales of all time. CryptoPunks ranks third with $657 million.

What is Axie Infinity?

Eliminate the Axie Infinity blockchain and the game will be played as a simple monster battle game. Axies have several stats that determine their fate in battles with other players, just like Pokémon. The inclusion of cryptocurrencies makes the game much more profitable than Pokémon, encouraging players to spend and, with any luck, win. Cryptocurrencies also make Axie Infinity incredibly expensive. While a new Pokémon game costs well under $60 for an experience of over 100 hours, a single Axie Infinity monster costs a few hundred dollars. Even this evergreen bush costs $60. However, unlike Pokémon monsters, players are free to sell their Axie Infinity tokens in secondary markets – and, given today's $1 billion high mark, they are clearly free. for this. Developer Sky Mavis calls the model “play to win”. In November 2020, the Vietnamese developer released Axie Infinity Shards (AXS), a governance token that allows players to vote on the game's future. The token went off last month. As of July 20, AXS had a market value of $900 million; it now has a market capitalization of $2.6 billion. Sky Mavis has also launched a decentralized marketplace for 90,601 virtual land lots from which players can build their bases of operation, gather resources and craft items. Lots typically sell for over $10,000 – although most land game features haven't been implemented yet. *Translated and edited by permission of Decrypt.co

How to play Axie Infinity and earn money without investing

Tue Aug 10 , 2021
The puffer fish has reached the 1 million player mark and is still on the rise. Axie Infinity’s main token already sees a 7940% appreciation in 2022, but monetary investment isn’t the only way to ride the wave. month, without investing a penny for this. Just to give an update […] 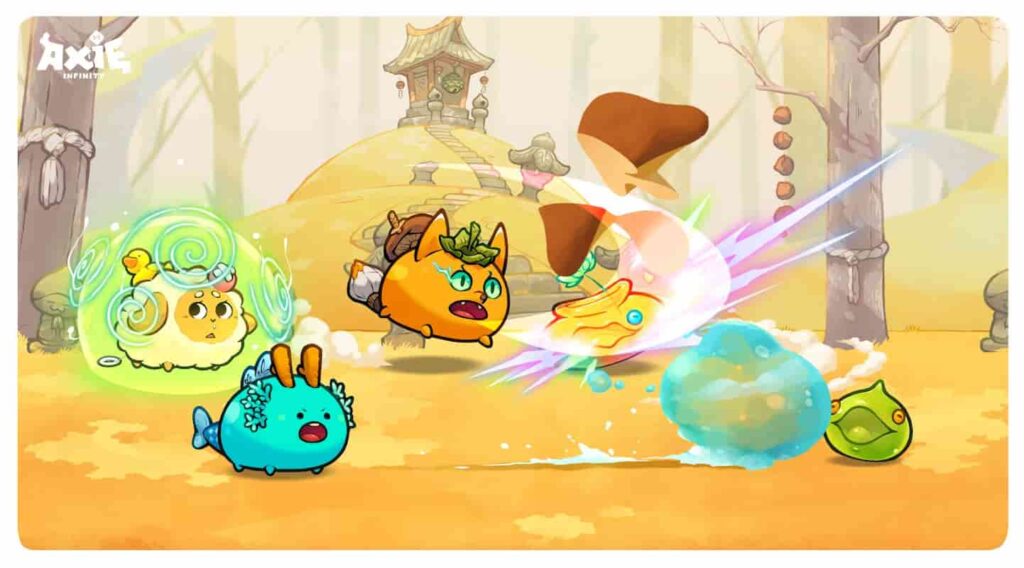