Axie Infinity (AXS) is the cryptocurrency that most values ​​this Wednesday (7), accumulating gains of 40% in the last 24 hours. The rally helped the token reach a new all-time high of $16.61 this afternoon. CoinMarketCap data shows that in addition to having the biggest growth of the day, the AXS also has the biggest gains of the week and the month among the 100 biggest cryptocurrencies in the market. In the last seven days, the asset's price has soared by 193%, a percentage that rises to no235% in the 30-day interval. The good performance brought the AXS to a record market cap of $979 billion — as of June 7, the currency's capitalization was no more than $250 billion.

AXS is the native token of the Axie Infinity game, created in Vietnam in 2018 and considered one of the most popular decentralized applications (dApps) today. The blockchain-based gameplay allows users to create characters known as ‘Axies’ to battle other players and earn rewards distributed in AXS tokens while playing. All items in the virtual environment are non-fungible tokens (NFT) that can be exchanged, bought or sold in “real life” for cryptocurrencies. Thus, the application has its own economy that moves millions daily. In turn, the price of the cryptoactive seems to reflect the growing popularity of the application. Axie Infinity is the NFT market that moved the most money in the industry this month. According to data from DappRadar, the game's token trades reached $206 million in the last 30 days, an increase of 342% compared to the previous month's volume. The game left behind other major platforms in the NFT market, such as OpenSea and NBA Top Shot, which, in the same period, grew 92% and 24%, respectively. Data from the Token Terminal aggregator that tracks today's most promising dApps shows that Axie Infinity has cumulative revenue of $22.2 million over the past 30 days. The amount is almost double that of PancakeSwap (CAKE) which appears in second place, with revenue of US$ 13 million in the period.

Thu Jul 8 , 2021
Ethereum's blockchain-based game Axie Infinity is now a hit among cash reward games. As a result, there is a growing demand for Axies, the game's tradable tokens. This caused a small economic boom, a significant increase in its price, valuing much more than other altcoins in the market last week. […] 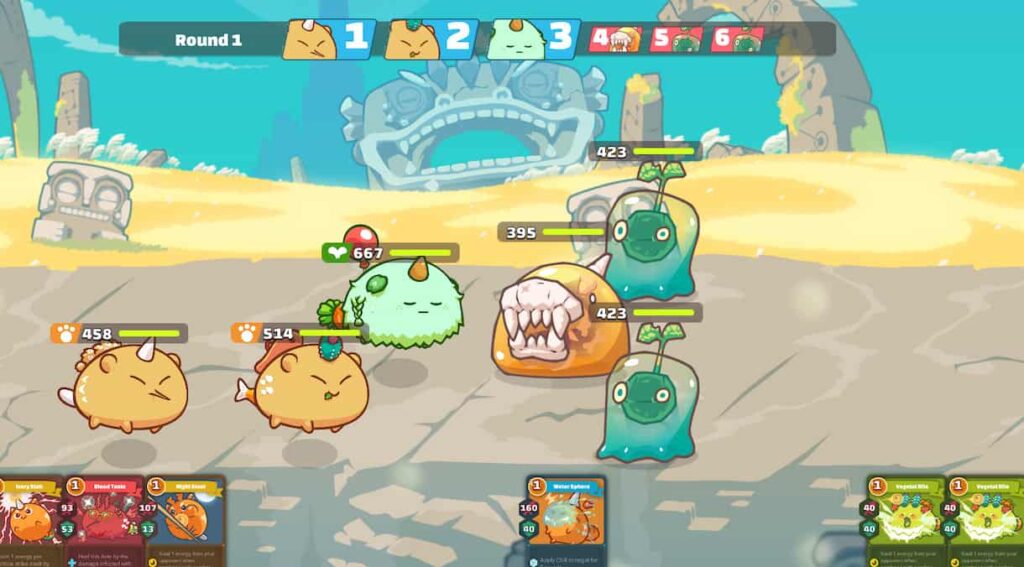