Antonia Ax: son Johnson’s Axfoundation opens a test yard and center for food innovation. The goal is to shorten the path between sustainable ideas and industrial manufacturing. “It is our mission to be a catalyst for change,” said Maria Smith, Axfoundation’s Secretary General.Published: 2 May 2022, 20:46Torsåker farm, located just north of Stockholm, receives additions to its fields, woodland and experimental garden. Axfoundation opens a newly renovated barn equipped with four test kitchens, a fully equipped restaurant kitchen and a bakery. The non-profit business has for a couple of years focused on developing solutions to various sustainability challenges in food. Among other things, it can be about testing new cultivation methods, developing different certifications or pure product development. For the latter area, the right conditions on the farm have previously been lacking. ”We have sometimes come to the conclusion that product development is the best way to solve various sustainability problems. Then when we develop the products, we have discovered that there is a pretty big difference between stirring in a pot by a regular stove and how the same recipe will be on an industrial scale. ”, Says Madeleine Linins Mörner, program manager for Future Food at Axfoundation. Being able to test yourself to the right proportions in large-scale production is something that is now possible at Torsåker farm. It is also possible to test new things to a greater extent. ”Now we can more easily evaluate new raw materials. Residual flows are, for example, something we look at. Then we need to find out how it behaves gastronomically in different contexts or biochemically, what happens when you cook it or fry it, respectively? ”, Asks Madeleine Linins Mörner.Axfoundation’s Secretary General Maria Smith’s vision is that Torsåker farm should be a place where the food of the future develops. That it should be a center where actors from the entire food chain, from researchers to chefs and entrepreneurs, can gather. “We know that infrastructure is very important for conducting food research and development. The Swedish Agency for Economic and Regional Growth has looked at the power of innovation in food in Sweden and it turns out that we are in 14th place in the EU, while in steel and vehicles, for example, it is significantly higher. This is a step on the way to climbing higher also in this area “, says Maria Smith. Axfoundation has for a couple of years now run various projects on the farm. Among other things, minced bream made from unused by-catch from Swedish lakes and a Swedish soy-free minced minced meat made from Swedish crops have been produced. With the new barn, the work with this type of project will be able to be accelerated and expanded. ”We have 30 projects currently underway and in addition we have 200 partners. Only among them have we noticed an interest. Then we will see what happens outside our existing circle “, says Maria Smith.Among the projects that is underway now there is an evaluation of how much carbon can be stored in arable land. Practical research is also underway to produce perennial crops such as perennial wheat and tuber. Torsåker farm also wants to use residues from the food industry, such as press residues from the production of beer and herbal drinks, to create new foods. “We have three sacred pillars where sustainability is first and foremost. Then it is the nutritional content and taste we focus on. And those who share our visions, we are very interested in having a dialogue with, so we will see where this goes, ”says Madeleine Linins Mörner.

Perennial crops: Together with the Swedish University of Agricultural Sciences (SLU), perennial crops are developed, including perennial wheat. Regenerative agriculture: In the fields, sustainable cultivation methods with low climate impact are evaluated.Press residues: At the moment, attempts are being made at Torsåker farm to utilize unused residual streams from the food industry, such as press residues from the production of beer and herbal drinks, to produce nutritious and good food.Swedish legume mince: To contribute to a Swedish protein shift, Axfoundation developed a legume mince, completely based on Swedish legumes without soy. The idea was born on Torsåker farm and went from bean in the field to finished product to the Swedish market at record speed. It was then handed over to a commercial operator.Minced bream: To make better use of underutilized fish species, Axfoundation developed a production chain for by-catch from Swedish lakes; bream. The minced bream is currently handled by a commercial player and is for sale at wholesalers for restaurants and commercial kitchens.Five tons of green fish in a dish: Together with SLU and partners throughout the food chain, Axfoundation developed a pilot-scale infrastructure to convert vegetable residues into a protein raw material for farmed fish. The result was Sweden’s first green rainbow salmon bred on a circular feed of mainly insects – insects that in turn ate food waste.Antibiotic Criteria 2.0: In collaboration with around 20 players, Axfoundation has developed industry-wide antibiotic criteria – a tool for the food industry to set requirements and follow up suppliers of meat, dairy products and seafood in terms of antibiotic use and animal welfare. Source: Axfoundation Jan Ahmadi

Tue May 3 , 2022
Dollar and real. Photo: Rafael Neddermeyer/ Public Photos Last month, foreign investors withdrew R$5.936 billion net from the Brazilian Stock Exchange, although the balance for the year is still positive at R$59.391 billion. Can the dollar rise further? In 2022 the dollar saw a drop of 17% to around R$4.62, […] 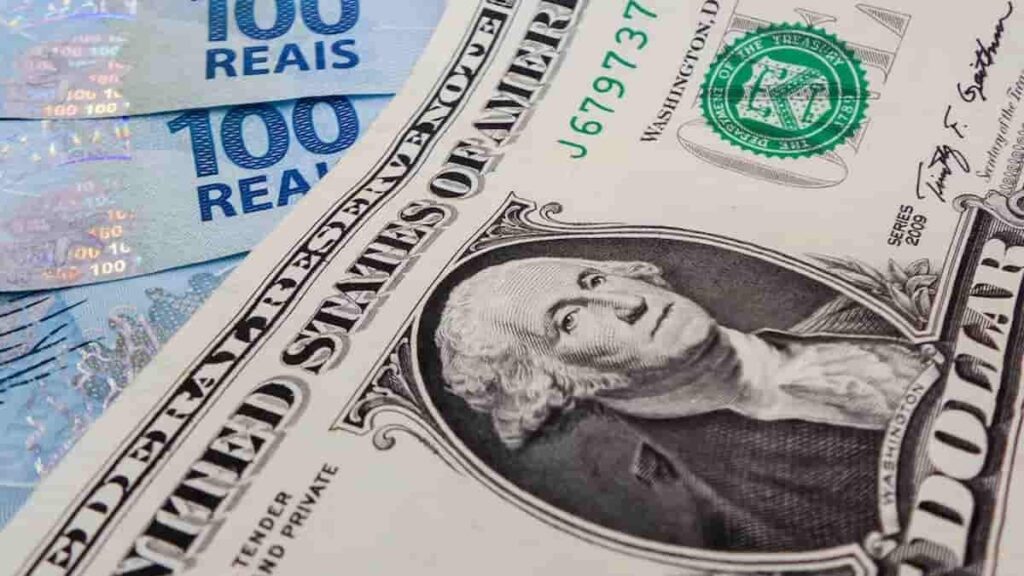