The scientist and digital influencer, Átila Iamarino, explained his theory about “the paradox of autonomous cars” and took the opportunity to criticize Bitcoin, but used argumentative fallacies in the process. I even wanted to agree with Attila, but I can’t and I’ll explain why.

For those who follow my content on Thegarret and in mine social media, know that despite being a great enthusiast of decentralized solutions for a digital economy, which emerged with Bitcoin, I do not have the asset in my wallet and I am often quite critical of BTC. What happens is that I really like the principles and the idea that surrounds bitcoin: “peer-to-peer electronic money system”but I personally believe that the project bitcoin core fails to deliver this idea and there are already better, more efficient, safer or more faithful projects to the principles that made BTC grow. I also see a serious problem in the high energy consumption and generation of e-waste caused by bitcoin mining, but for different reasons than Attila and this is related to the basic premises involving the construction of arguments. Mining has these problems that he describes, but if it were the only possible way to get decentralized and peer-to-peer money, with the potential to replace the current system, in my opinion this consumption would be justifiable. First, because the current system also uses large amounts of energy and also generates garbage, waste and other negative externalities: banknote printing, banking systems, envelopes, ATMs, card systems, transportation of banknotes and coins, etc. Second, because the fiduciary and banking system have other problems that affect other social spheres through inflation, interest and market manipulation, population control, economic monopoly, induced poverty, cartelization, etc. Your own externalities. very serious. So when I point to mining problems, it’s only because there are already other decentralized projects that are able to deliver a form of secure peer-to-peer digital money more efficiently – which means lower consumption – and not by an agenda built on criticism that ignores all the problems of the current system. That said, let’s go to the theory developed by the influencer, from “Autonomous Car Paradox”.

The Autonomous Car Paradox is based on argumentative fallacies

The video begins in an explanatory tone, with data and facts about how autonomous cars are being designed and what benefits they can bring, mainly related to reduced traffic and better use of the space used by parking lots.

Source: Reproduction of the video Áttila presents a model where the cars can be owned by the users themselves, or where they are offered by private companies, such as Uber, and work in a shared way, on demand.

in the minute 04’40”however, he says that technology often creates externalities to the problem it is trying to solve (an externality is how a particular system affects other people who are not part of that system), saying that self-driving cars eliminate the traffic problem for the people who use it, but can make the traffic worse for those who use it. that do not participate in the model. Instead of bringing logical arguments about why this occurs, he interrupts the reasoning and starts to present examples of other technologies with their possible externalities, and that’s where the theory “rolls up”.

Fallacy of the slippery slope

In 05’50”, Átila Iamarino brings the example of the decrease in paper consumption, as a gain provided by the digital content industry. Which makes a lot of sense. With the possibility to consume articles online, or PDFs; e-books; audio books; and podcasts, paper consumption decreases, which also reduces the negative impacts of this consumption on society; such as deforestation and pollution. In addition to reducing costs for the consumer in the purchase of books, storage, physical libraries, energy expenditure for the production of this material, etc. But when introducing the externality to this, the influencer uses the increase in digital shopping and deliverywhich greatly increased the consumption of cardboard (derived from paper).

The externality has no relation to the other case. The only common points are the consumption of paper (or derivatives) and the digital platform, but consumption of digital content and virtual shopping with home delivery have no other relationship with each other. With this he uses a fallacy known as “Slippery Slope”where the arguer makes it appear that the fact that we allow it to happen THE, will make it happen Zand therefore we cannot allow THE. Or in the case of the example, allowing us to consume books digitally (with e-books) instead of paper books, will make more people go shopping in virtual stores, increasing the consumption of cardboard and therefore the advance of digital content causes this externality. what is fake. Something similar happens when he talks about BTC.

It is in this sequence that the scientist brings Bitcoin into the conversation (06’50”), stating:

“This is when a technological solution does not accentuate or create problems, doing the opposite of what it could solve, as happens when transacting using bitcoin.” As I will demonstrate in the rest of the text, the problems that bitcoin creates are not due to “when transactions are made using bitcoin”, but precisely from the lack of incentives for them to occur. He continues: “Bitcoin could be the system that makes fast and fractional value transactions at a very low cost (…)”. – And here we agree. It really could and exactly for this reason that I believe that there are other projects like nano (XNO) or the Bitcoin Cash (BCH) that better meet the demand for a decentralized peer-to-peer money system. The problem is that, in the sequel, Attila compares bitcoin with Pix – we have already explained here that are completely different things.

The explanation about using energy to validate transactions by creating blocks in the following minutes is correct. As well as the externalities pointed out with the impacts generated by the high consumption of energy (a scarce good) and all the electronic waste with the ASICs. He gets confused – and it is natural, many people don’t know this – about the fact that each transaction on the network is what causes these expenses, which is not true and constitutes a causal fallacy, or non causa pro causa.

Increasing the number of transactions on the bitcoin network would not increase energy consumption.

What increases consumption on the bitcoin network are the very incentives in the mining business, which is independent of whether or not transactions are carried out on the network. And that’s why I’m so critical of technology. Miners continue to receive block rewards 6.25 BTC (inflation of around 1.7%) that can pour into the market or grow your business, regardless of whether people are using the network to transact. If all bitcoin addresses kept their coins still, miners would continue mining empty blocks and keep the business going. As long as people continued to buy the asset on exchanges, just for financial speculation or as a store of value. So what causes the increase or decrease in energy consumption, are the incentives that these miners have to bear the costs of the business (pay the electricity bills, internet, equipment, property, etc). Which is only linked to the price of BTC and NgU (Numbers go Up). And my main criticism of the Bitcoin Core, is that there is some evidence that this model was created to increase miners’ revenue, rather than creating an electronic peer-to-peer system to actually be used. With expensive fees, limited blocks in size, which limit the capacity for transactions per second and the emergence of creative solutions created to circumvent the bitcoin blockchain, such as the lightning network. With all these negative incentives for the use of blockchain (which needs mining), the narrative starts to focus only on price rises, which keep the activity profitable, increase the overall energy consumption of the network and further increase the energy consumption per transaction, presented by Átila Iamarino. If people were really encouraged to use the bitcoin blockchain and the number of transactions on the network increased, BTC would become more efficient as energy consumption would only increase with the price increase, but spend per transaction would decrease. That’s why I partly agree with the video’s criticisms, but for different reasons.

To learn more about Bitcoin’s environmental impact and the low efficiency of the network already being noticed by businesses, read:

Mozilla Firefox rejects bitcoin for environmental impact, but can accept other cryptocurrencies NovaDAX is full of news! One of the largest cryptocurrency exchanges in Brazil has now ZERO withdrawal fees in real! NovaDAX also counts zero fees for Bitcoin transactions and more than 110 listed currencies, with cash withdrawal available and high liquidity. Cryptocurrencies with the best rates on the market! Simply activate the free Novawards program and enjoy reduced rates of up to 75%. Discover the NovaDAX Card and order yours now.

Russia wants to legalize cryptocurrencies but not stablecoins 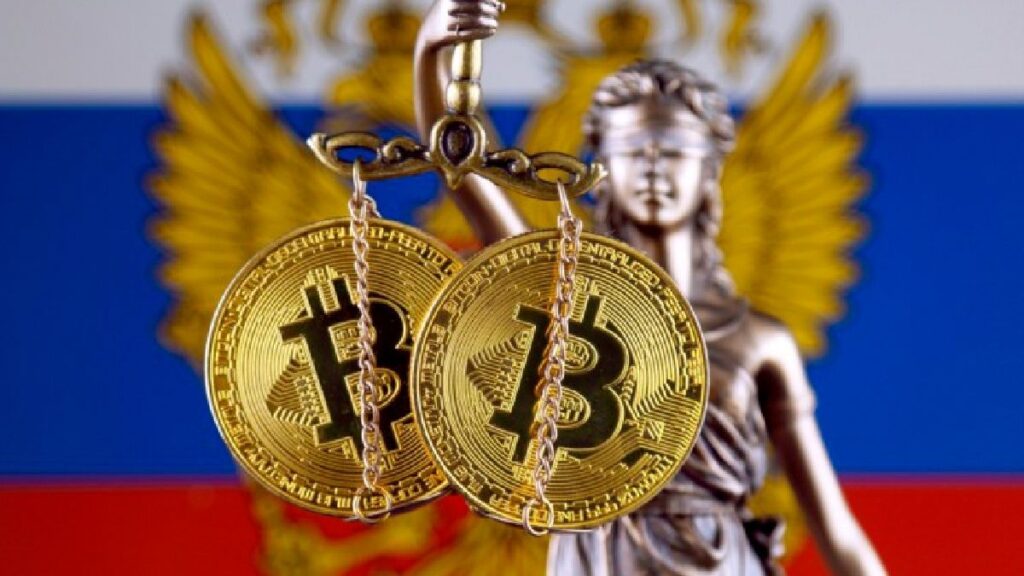