The financial profile and it former college tennis player Jonas Höglund got the idea for the art fund Arte Collectum with his high school friend from Östra Real, Niklas Belenius, who today runs Stockholmsgalleriet Belenius. They wanted to create a financial instrument that would be listed on the stock exchange. “This gives you standard taxation and it is possible to have the fund in your endowment insurance together with your other assets,” says Jonas Höglund, who was sales manager at Oak Capital between 2009 and 2011. He then worked at Strukturinvest Fondkommission and then founded the advisory company Kapitalinvest. Finansinspektionen has approved the investment offer to invest in cooperative loans for art purchases, which the duo Höglund & Belenius have submitted. They are aiming for a listing of the profit-sharing loans on the NGM stock exchange and want to raise more than SEK 500 million. The goal is to double the value after six years. The board of Arte Collectum includes former EQT partners Johan Dettel and Carin Franzén. ”The term is six years plus a possible extension of two years. The product must be traded on the stock exchange, so there will be a theoretical opportunity for liquidity “, says Jonas Höglund. A regulatory compliance group is linked to the cooperative loans and consists of the lawyer Jens Tillqvist, the former tax auditor Bo Ahlstrand and the financier Richard Goldman. All three men are also art collectors. ”Among other things, my role will be to review the purchase contracts and I will receive compensation for that. This is an assignment that fits in with my professional competence, “says Jens Tillqvist.” I want to see what it is like at a level in the art market that I myself have never worked on or will work on, “he continues. Do you, as a great art collector, think that you should buy paintings on speculation?
“I personally think that you should buy art with a heart, because you like art. If you are not interested in art, you should stick to shares. But the art market, like all markets, feels good because there are players with different interests and conditions, ”says Jens Tillqvist, who emphasizes that he himself will not invest due to disputes. An investment committee is also linked to the alternative investment. It consists of the former director of the Modern Museum Lars Nittve, Niklas Belenius himself and art advisor Deborah Gunn who is based in Seattle. ”Every time I have stopped at one of my museums, the market has come to me and tried to trick me into the so-called ‘dark side’. I have always defended myself carefully because I have seen the market from the inside. The art market is one of the largest asset classes that is unregulated and that is quite a wild west, ”says Lars Nittve. “But when I was contacted before this assignment, it felt like a serious attempt to handle this market in a regulated way. You do it with a security that you can even in theory trade on the stock exchange “, continues Lars Nittve, who is also a member of the Princess Estelle Cultural Foundation’s artistic council. Nittve’s ambition is to buy art from female artists who have previously been marginalized. “The price discrepancy is enormous. This is something you can influence. You can contribute to creating a kind of justice “, says Lars Nittve. According to Nittve, art should not just end up in stock, but the idea is to offer the works to exhibitions in museums so that the artistry is highlighted. How much art should you buy?
“I imagine an average cost of around one million dollars per work. This means that we can buy between 40 and 70 works in the first fund, ”says Lars Nittve. Do you think it is possible to change the price picture for art through an art fund that contains 40 to 70 works?
“We expect the purchases to have a certain status. Not least Deborah Gunn and I have, I can call it, a certain standing internationally “, says Lars Nittve. Do you want to have exhibitions where a stated purpose is for art to increase in value? Is that a problem?
“No I do not think so. We will act in the same way as the large galleries already do. But you have to remember that we have a good purpose with what we do “, he says. There are many costs associated with art purchases. According to the prospectus, the manager of the fund, the company AIFM, will be replaced with a fee of 2.5 percent. AIFM, which since 2014 has been licensed to manage alternative investment funds, has in turn delegated the management of the company Arte Collectum AB. In addition, there are a number of costs such as inventory costs, establishment costs for a stock exchange listing, consulting and valuation costs. And to know how the company Arte Collectum Yesterday, an investor must wait for the annual report even if the profit-sharing loans are listed.

The owners of Arte Collectum I AB

Ask the chair of the Princess Estelle Cultural Foundation

How do you see Lars Nittve working for a commercial art fund at the same time as he sits on the artistic council of Princess Estelle’s cultural foundation? ”We have dealt with this issue in the board and we came to the conclusion that there was no reason to change that succession plan. which we have for the artistic council ”, says Johan Ericsson, chairman of the Royal Cultural Foundation. Karin Grundberg Wolodarski

A chain of gas stations in Australia will start accepting Bitcoin

Mon Apr 4 , 2022
Bitcoin It is still an evolving currency at different points, but one of the most important is the search for greater adoption, always encouraging more stores to accept the payment method. To help build this ecosystem, a network of convenience stores and gas stations in Australia will now accept bitcoin. […] 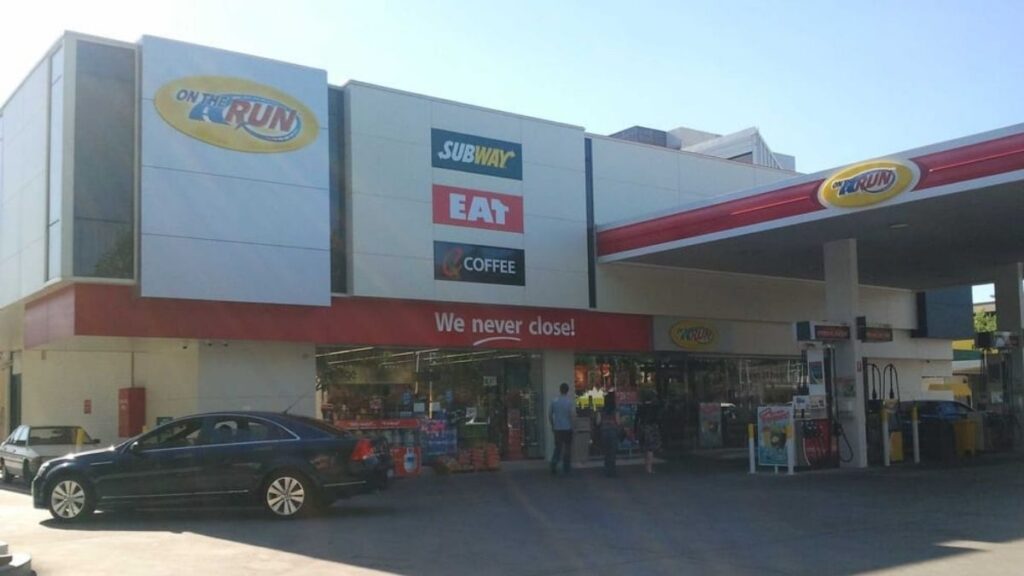