Build more wind turbines at sea and on land, invest in solar energy – and run the nuclear power reactors fully. This is proposed by the Center Party, which wants to increase the country’s electricity production quickly and sharply.Published: 6 July 2022, 20:12 ”Sweden needs to produce more electricity to meet the climate challenge, push down the price of electricity bills and phase out Russian gas and oil. We are now setting an offensive goal “, says Center leader Annie Lööf. The Center Party presents an action plan with 35 points to increase emission-free electricity production during the next term. The party wants to appoint a crisis commission which within six months will present concrete measures to achieve the goals of at least 50 terawatt hours of extra electricity until 2026 and at least 165 terawatt hours extra until 2030. “This will be one of the most important tasks for the next government, to appoint a crisis commission fairly immediately,” says Lööf. It will consist of various authorities, stakeholders and business. As an example, the Commission should be able to weigh the interests of the Armed Forces against climate change. Among other things, C wants to enable a rapid expansion of solar energy and invest in strengthening the role of biopower in the energy system. The proposal for increased electricity production reappeared in Annie Lööf’s speech on Wednesday evening, but then in much shorter terms. It was a very serious party leader who met Almedalen. She considered for a while not to give the speech – which was strongly influenced by the knife attack that occurred in Visby earlier on Wednesday. ”It is difficult to find the words. It’s hard to stand here. It is disturbing, said a black-clad Lööf in the serious beginning of his speech and added that Almedalen is now ‘a place for gathering and reflection’. ” The spectators burst into a spontaneous applause before Annie Lööf went on to talk about the war in Ukraine. ”We want to see a Marshall Plan for the reconstruction of Ukraine. Europe’s democracies must come together as a force. Give money and support to restore everything that is needed for a country to function “, she continued.Lööf also urged Ulf Kristersson to dump the Sweden Democrats – a message that went home in the audience. “If you want the Center Party’s support to be able to become prime minister, let go of the Sweden Democrats.” Stop pitting wind power teams and nuclear power teams against each other ”. Considering how long it takes to build a new nuclear power plant, there is no alternative in the package of measures, according to C. It is also not possible to resume decommissioned reactors during the coming term, it is stated. But the six nuclear power reactors that are in operation must be fully utilized out, according to the action plan. ”We are in a climate crisis. We need to do everything to speed up electricity production, ”says Lööf.The Center Party wants to give Svenska kraftnät is commissioned to expand the charging capacity to increase the power from the existing nuclear power. The power can be increased by another 2 terawatt hours, according to calculations. C. also promises not to contribute to an early shutdown of nuclear power through political decisions. once in the early 1930s and we need increased electricity production now in the coming years, and then new nuclear power is not the answer ”. In addition, the local resistance must be removed and permit processes must be shortened to a maximum of two years in the case of new onshore and offshore wind power. All permit testing and investigation should be organized around this deadline. This is because we are in an “energy policy emergency”, according to C. At the same time, the government is called to act and give special priority to several permits of large offshore wind farms in southern Sweden. The party also wants to see a new energy agreement with the other parliamentary parties. welcome, also the Left Party and the Sweden Democrats, says Annie Lööf. “They are welcome, absolutely. But the core and the negotiations are taking place between the Social Democrats, the Moderates, the Center Party, the Liberals and the Christian Democrats “.TT

Thu Jul 7 , 2022
El Salvador stands out as one of the countries that has presented the highest growth rates in recent monthsSince Bitcoin was established as legal tender and President Nayib Bukele decided to bet heavily on Bitcoin, the country has presented enormous adoption potential. Today we show you the news of El […] 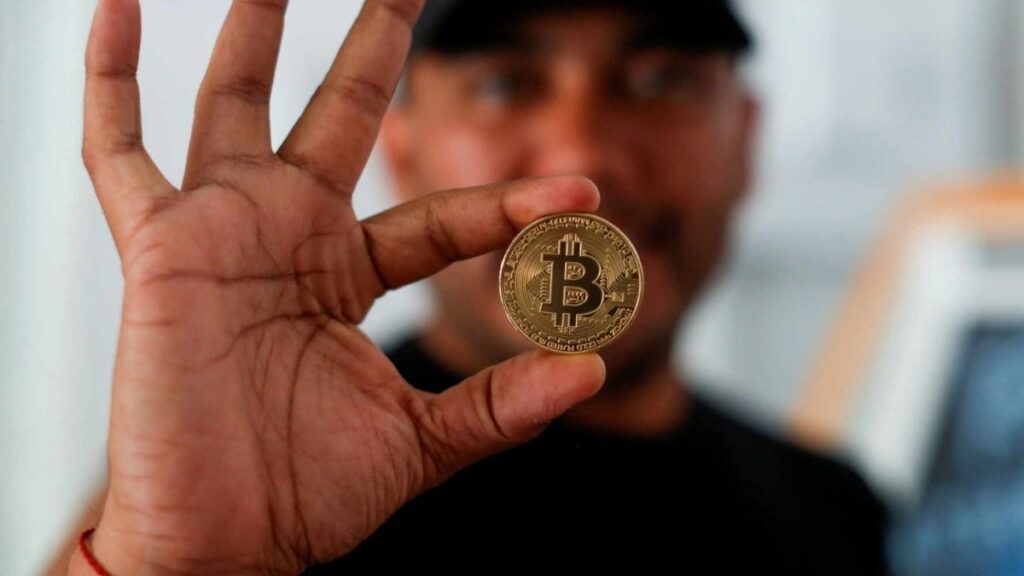