There are approximately 434,265.43 bitcoin-linked tokens in circulation that are worth over $21 billion across multiple blockchains. Ten…

There are approximately 434,265.43 bitcoin- linked tokens in circulation that are worth over $21 billion across multiple blockchains. Ten different bitcoin-indexed projects exist today and the Wrapped Bitcoin (WBTC) project dominates nearly 60% of all tokenized bitcoins in circulation.

To take advantage of the advantages of different blockchains or sidechains, bitcoiners “lock” their coins into smart contracts to move tokens backed by BTC.

Toward the end of 2018, when tokenization really started to heat up in the crypto universe, several different projects launched token protocols tied to bitcoin. In early 2018, the Wrapped Bitcoin (WBTC) project emerged on Ethereum.

At one point, the WBTC surpassed Lightning Network in terms of Total Blocked Value (TVL). Today, WBTC is the largest bitcoin tokenization project with 259,090 BTC in circulation on the Ethereum network.

Statistics indicate that there are seven BTC token projects in Ethereum and, in all, the seven projects command 323,264 BTC in TVL. The second largest BTC protocol tokenized on Ethereum is HBTC with 39,884 BTC.

Bitcoins are also in Binance Smart Chain, Liquid and RSK

Just below the WBTC in terms of TVL is BTCB, a bitcoin tokenization project in Binance Smart Chain. According to December 28 data, there are around 105,115.44 BTCB in circulation.

Finally, bitcoins are also used in parallel networks to BTC's own blockchain, such as RSK and Liquid. Today, RSK has 2,522 RBTC in circulation, which is also backed by 95 exahash per second (EH/s) of computational power from the BTC.

Blockstream's federated sidechain Liquid has about 3,363.99 L-BTC in circulation at the time of this writing. The current value of outstanding L-BTC is about US$165.4 million.

Liquid's L-BTC represent just 0.77% of the tokenized bitcoins in circulation today. The RBTC is even smaller, as its RBTC assets represent only 0.58% of the aggregate total of 434,265.43.

On the current trajectory of all BTC tokenization projects, there will soon be around half a million tokenized bitcoins leveraged across various alternative networks.

For this group of Brazilians, the price of gasoline is decreasing; understand

Since September, the rising inflation in Brazil has been above double digits, driven by the price of gasoline and others... 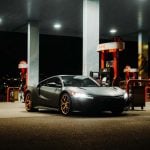