CZ – CEO of Binance – met with the governor of São Paulo and the mayor of Rio de Janeiro this week and it appears he has been infected by the misinformation virus.

Binance CEO Among Mayors and Governors

The Binance CEO, known by his initials CZ, met with two politicians in Brazil. The governor of the state of São Paulo, João Dória; and Eduardo Paes, mayor of the city of Rio de Janeiro. The meeting with Dória took place on March 15th and we reported the fact on our twitter account: The second meeting, with Paes, was on March 17th and in the post CZ joked with a quote where, supposedly, the mayor said “I’ll give you my key”; in a pun on the keys to the city of Rio, with the private keys of a crypto wallet. Ethereum.Rio 2022. First Brazilian conference on the ETH ecosystem. We also know that the Binance is sponsoring the regional football championship, Paulistão 2022 and that the company has been showing great interest in the Brazilian market, depending on the approval of some government entities in the country to finalize the acquisition of Sim;Paul Investimentos.

Confusion over the concept of inflation can be contagious

After meeting some Brazilian political figures, CZ seems to have been infected by the virus of misinformation and confusion about what inflation means. Another possible diagnosis would be contamination by the lie virus, which sometimes has similar symptoms, but let’s give a “vote” of confidence that it was just an honest mistake that should be corrected soon by the owner of the largest cryptocurrency exchange in the world. The symptom that brought this diagnosis does not involve fever and loss of smell, but it was measured through the rapid test in a three-line tweet posted yesterday (17/03) by CZ. “No matter who we blame for inflation, the fact is that it is here. What are you going to do about it? #btc has no inflation.”Billionaire and great Bitcoin enthusiast Michael Saylor is also already showing early symptoms, along with the more than 11,000 accounts who have had contact with the tainted tweet and apparently agree with it.

The best vaccine against the virus of misinformation, conceptual confusion and even lies is information and education. this is why the crypto community always talks about the importance of do your own research (DYOR – from your own research) and understand what you are investing in. Just imagine, if the owner of the largest exchange and the owner of the private company with the largest declared cash in bitcoin – two large whales of the asset; don’t know that bitcoin is inflationary, let alone the rest of smaller investors, or people who are starting their studies.See this article: Why Bitcoin Is Technically an Inflationary Currency—Even Though Its Purchasing Power Is Increasing It is common for some politicians to also be confused about the definition of inflation, believing that it means an increase in prices (measured by indices such as the IPCA or IGP-M), when in fact this increase is just a natural consequence of true inflation.Know more: Find out how much is the real inflation of the Brazilian currency; and how it affects us Inflation is, by definition, the increase in the supply of money in circulation. Whether through the increase in the monetary base or access to money in general – through the granting of credit, for example, when it comes to unbacked values. Bitcoin, despite having a scheduled and previously known supply of 21M BTC, has a steady increase in its circulating supply, with 6.25 BTC being put into circulation every ~10 minutes through the reward paid to miners. This generates an annual inflation of around 1.70%. Which was doubled before the last halving and will be cut in half after the next halving; as programmed into Bitcoin code by Satoshi Nakamoto.This inflation is predicted to end approximately in the year 2140. (more than a century from today). And bitcoin inflation, like fiat inflation, benefits only the first in the financial chain to receive and be able to use the values. In the case of the leading cryptocurrency, miners and, in the case of Real, Brazilian politicians. Whether this is justified by the work that both offer to make decisions and reach consensus on the network (or in politics), is another story. There are those who can justify it and there are those who believe that in any case this is negative, but that inflation exists is a fact. Satoshi Nakamoto himself made it clear the existence of inflation in the bitcoin coinbase model, in his whitepaper (item 6, where is about incentives).

We will be rooting for the Binance CEO to be cured.Help prevent more people from being contaminated with this virus and share the information on social media!| Telegram | twitter | Facebook | Instagram |Buy Bitcoin on Coinext
Buy Bitcoin and other cryptocurrencies on the safest exchange in Brazil. Register and see how simple it is, visit: https://coinext.com.br

Ibrahimovich and Kevin-Prince Boateng enter the world of NFTs

Sun Mar 20 , 2022
Zlatan Ibrahimovic, the well-known AC Milan striker, recently published a book titled: “Adrenaline. My untold stories”, now he has decided to turn it into art. 11 works of art, each created by a different artist. What is exceptional is that these works are digital one-offs, and it is a true […] 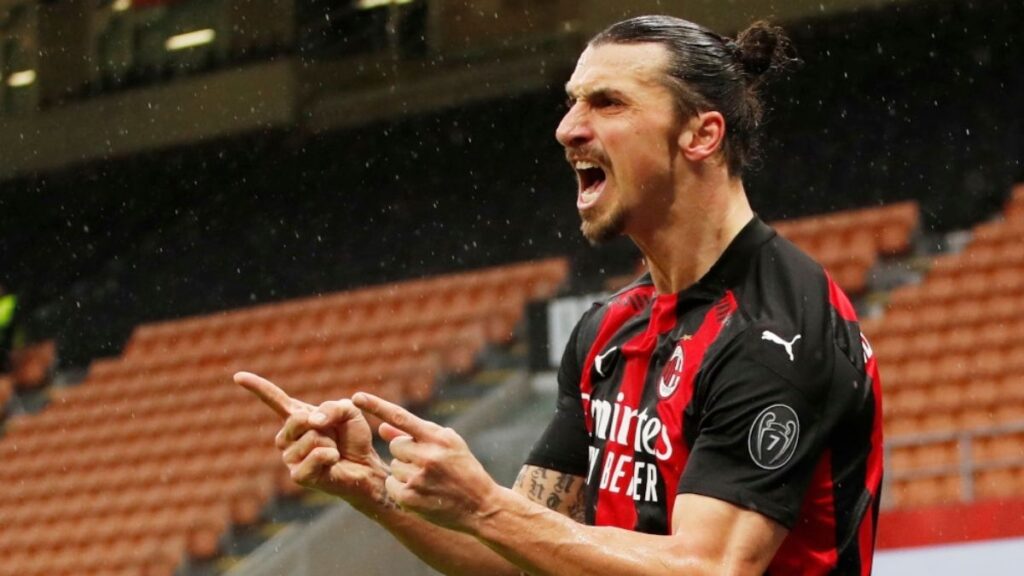