Blockchain data analytics firm Glassnode has shown that an increasing number of multi-million dollar bitcoin transactions is a sign of growing institutional involvement. BTC worth over $1 million soared from nearly one-third to over two-thirds of the total amount of bitcoin moved.

"Since September 2020, the dominance of these large transactions has increased from 30% to 70% of the total amount transferred."

Dominance of transactions of at least 1 million dollars. Source: Glassnode. Small transactions, in turn, have dropped from more than two-thirds to about a third of the total amount transferred, according to the company.

Dominance of small transactions. Source: Glassnode. The analyst firm says the growing dominance of high-value transactions demonstrates that a "new era of institutional capital and high net worth (has) flowed across the Bitcoin network since 2020."

Glassnode further claims that the total bitcoin supply held by long-term holders (Long Term Holders or LTHs) has recently hit a record high of 82.68% as the supply of short-term holders (Short Term Holders or STH) has declined .Coins held by LTHs are defined as those with a minimum age of 155 days, that is, those that have been idle for at least 5 months and a few days. The rest of the bitcoins are considered STHs. The on-chain market analyst firm also says that “big supply constraints” occur when the STH bid rate reaches 20%. The STH provision rate is currently at 25%, according to the report.In green, the line represents a persistent increase in the amount of bitcoins held by long-term holders. The dashed pink line indicates when there were bitcoin supply shocks in the market. Source: Glassnode. Glassnode predicts that the STH bid rate needed to raise prices could be reached by mid-September.

"Although the supply squeeze based on the STH offer rate is not yet at 20%, there are several indicators and trends at play that suggest it could hit in mid-September."

Thu Aug 12 , 2021
This Thursday (12), the Civil Police of Pará arrested businessman Olavo Renato Martins Guimarães, suspected of applying a coup of R$ 60 million through the 'Wolf Invest' financial pyramid. He was captured in the municipality of Indaiatuba, about 100 kilometers from the capital São Paulo. It is estimated that Guimarães, […] 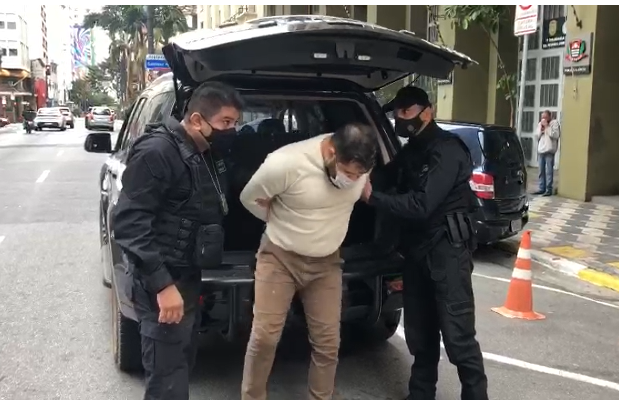