” alt=”The Great Investor” width=”757″ height=”107″ data-=”” />With Bitcoin becoming increasingly popular, many people are turning their eyes to cryptocurrency. And now, many critics of the asset and technology show different views of their past views. Below are 7 celebrities who changed their minds about Bitcoin.

” alt=”Izzy Nobre, podcaster and youtuber” width=”512″ height=”267″ data-=”” />Content producer Izzy Nobre has changed his mind about Bitcoin over the years. In 2013 he was already criticizing the cryptocurrency, when a BTC cost less than $ 100. Izzy even called the crypto a “MEGA joke”.

bitcoin is a MEGA joke on the internet— 👾Izzy Nobre (@izzynobre) January 6, 2013

Daniel Fraga, one of the Bitcoin pioneers in Brazil, even responded to Izzy in YouTube comments showing the strengths of the cryptocurrency, which were quickly answered by the youtuber. Years later, Izzy seems to have changed his mind:

“Regrets: 1) Not having heard of Fraga2) When I started buying bitcoin, I could have, without affecting ANY of my income, invested 1000x more. It is not hyperbole. For every dollar I put into bitcoin in 2017 I could have put in $ 1000. “

How much money did Izzy fail to earn in the past few years?

” alt=”Ray Dalio” width=”512″ height=”342″ data-=”” />Ray Dalio, founder of Bridgewater, an investment fund with more than $ 150 billion in assets under management, has considerably changed his opinion of the largest cryptocurrency on the market in recent months. Since 2017, Dalio has been making pessimistic statements about the future of cryptocurrency . At various times he stated that “bitcoin is not ready for success”, that governments would ban cryptocurrency, that the high value of the asset was a speculative bubble, among other arguments. About 3 months ago, the investor answered questions about cryptocurrency in conversations on Reddit. And about 1 month ago, Dalio released an extensive article on the Bridgewater website giving consideration to the firm’s possible investment in cryptocurrency.

“On the other hand, believe me when I say that me and my colleagues at Bridgewater are focusing intensively on alternative reserves of wealth assets, and Bitcoin will not escape our scrutiny.”

“I am fascinated. I’m investing. I have a 3% weight between ethereum and bitcoin. Volatility makes me sick, but I’m getting used to it. (…) And finally, I’m starting to think about how I can invest in bitcoin mining infrastructure, ”said Mr. Wonderful.

O’Leary has always been concerned about regulators being tough on cryptocurrency. In December, he warned that “adult men are going to cry when that happens. You will never see a loss of capital like that in your life. It will be brutal. ” However, he said that if a bitcoin ETF was approved, he would be willing to put 5% of his wallet in it. Canada’s securities regulator recently approved two bitcoin ETFs.

– “# Bitcoin – The days are numbered. It seems like it’s only a matter of time before it has the same fate as online gambling. ”

After 7 years, Saylor is today one of the most important names in the market, taking the idea of ​​cryptocurrency to institutional investors.

” alt=”Thiago Nigro, the Rich Cousin” width=”512″ height=”341″ data-=”” />Investor and financial educator Thiago Nigro, also known as Primo Rico, said that his biggest regret was not having insured the bitcoins he bought in 2014. Although he liked the idea of ​​decentralized cryptocurrency, Thiago said he sold his coins due to the high volatility and lack of liquidity at the time.

“This guy Thiago Nigro had heard about a bitcoin chat and Thiago really liked the idea. And on 06/24/2014 he had opened an account with an exchange. ” – affirmed Primo Rico on video.

He explained that he opened a purchase order when bitcoin was at R $ 600 per unit. If he had insured his coins to this day, he would have multiplied his capital by more than 200 times.

Jamie Dimon, CEO of JP Morgan Chase, the world’s largest bank, in the past called Bitcoin a scam and even said he would fire any of his employees who were “stupid enough to buy it”. bank now recommends conservative investment of 1% allocated in Bitcoin. In addition, JPMorgan has already launched its own cryptocurrency, JPCoin, a US dollar-backed stablecoin.

” alt=”Jordan Belfort, the Wolf of Wall Street” width=”495″ height=”385″ data-=”” />Jordan Belfort, the investor whose life story inspired the movie The Wolf of Wall Street, has even said that Bitcoin would never recover from the 2017 market crash, despite admitting he liked the idea behind the technology. “ When I first saw Bitcoin, I thought the technology was great. It was too much. When I saw it rise to $ 17,000, $ 20,000, I said, ‘Get out. It will break ‘, and I was almost certain about the day when I thought it would break. I thought that once it fell, it would disappear and never come back, but it didn’t. I was wrong about that. I thought it would just disappear and it didn’t. Because? Because a lot of people believed that. ”Have you ever changed your mind about Bitcoin? Leave your opinion in the comments section below.See too: Meet 7 famous Brazilians who invest in Bitcoin

Bitcoin is "catalyst for change", says appointed to head SEC

Wed Mar 3 , 2021
Gary Gensler, appointed by Democratic President Joe Biden to head the Securities and Exchange Commission (SEC), told the Senate Banking Committee that he would promote innovation in the cryptocurrency market during his March 2 inaugural confirmation hearing. He described Bitcoin and other cryptocurrencies as "a catalyst for change". I think, […] 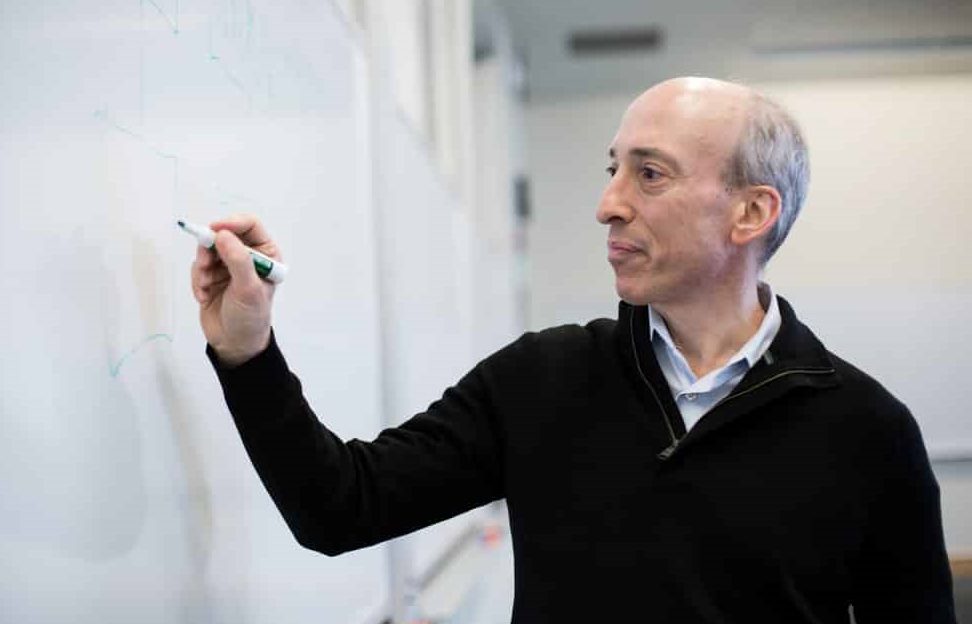