A considerable portion of Grayscale's blocked actions are scheduled to be released later this month. On Sunday, July 18, around 16,240 BTC worth over US$550 million will be made available to investors in the world's largest cryptocurrency manager. Once the value is unlocked, investors have the option of liquidating their shares at current market prices or holding and selling them at a later date. If all investors decide to sell, this could put downward pressure on the fund's share price, but what about the price of bitcoin? How is it? Analysts at QCP Capital said in a recent report that the upcoming event will have little impact on the market. For them, the sale of GBTC will not take place, as the price of Bitcoin in the fund is being sold at a discount:Source: Skew.com Therefore, it would be unprofitable for big investors to increase sales pressure and lose money selling GBTC when they can expect a premium in the future. “The next releases are for institutional holders who applied directly to the GBTC 6 months ago – this batch consists of all new positions from the first quarter of 2022””, added QCP analysts. Earlier this year, the manager warned that the BTC's price could move towards a correction, as entries to the company's Bitcoin Trust had declined. The report also indicates that the focus on this GBTC liquidation shows the lack of catalysts in the crypto market. “The fact that the market is so focused on something like this shows the lack of real catalysts or market moving events at the moment and strengthens our belief in our short-term view at 30/40k – which we believe even more now. We expect volatility to remain under pressure"

Still no ETF in the US, Grayscale breaks the stick for the SEC

With access to the purchase flow for January unlocked, Grayscale investors, who invest indirectly in BTC, need to decide whether they will make a profit by July 18. For now, in the US, this is one of the few indirect investment alternatives in BTC . However, one alternative is not enough, and SEC members understand this, but they are slow to approve the first US ETF. "The SEC should have approved a bitcoin ETF long ago," says Commission Commissioner Hester Peirce United States Securities (SEC) for CNBC recently. Grayscale also announced today that it has publicly filed three additional registration statements on Form 10 with the SEC. Although bitcoin ETFs are not yet available in the US, other countries such as Canada, Brazil and the United Arab Emirates already have exchange-traded bitcoin funds (ETF), giving cryptocurrency investors more options. Read More:

Mon Jul 12 , 2021
New Zealand law enforcement authorities had $45,000 worth of bitcoin stolen by criminals during an unsuccessful operation that targeted money laundering operators. According to the NZ Herald, the detectives' objective was to hire the services offered by the offenders to locate and arrest them. The amount in bitcoin was bought […] 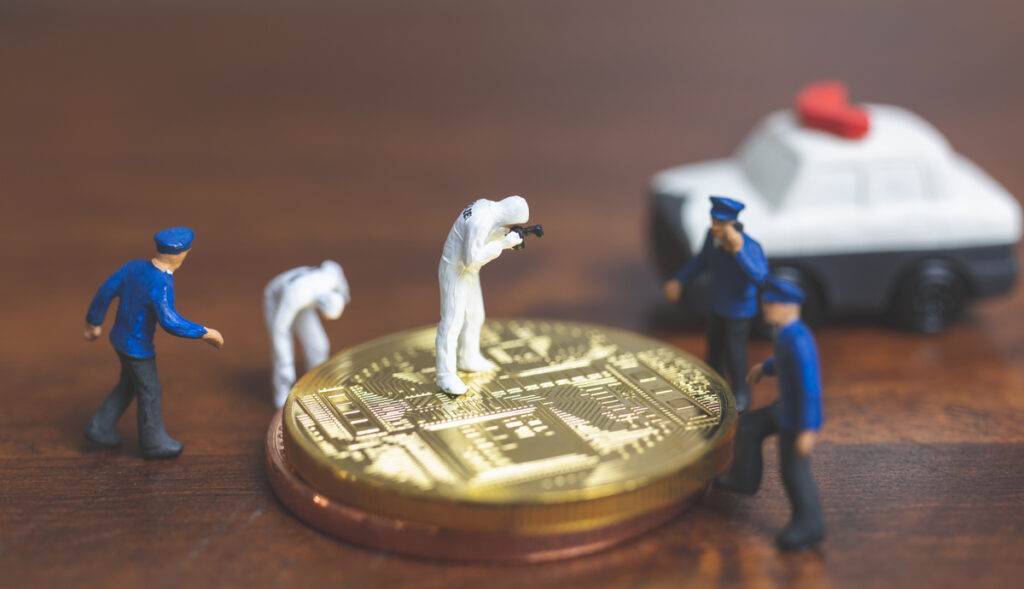