The price of bitcoin is falling as the fight between Elon Musk and bitcoiners intensifies. But much more is going on in the macro scenario and so we made this summary of what the most important can impact your week in the cryptocurrency market.

The price of bitcoin has returned to the $ 40,000 range after Tesla announced that it will no longer accept cryptocurrency as a means of payment. The accumulated drop in the last 30 days, as shown by Coingolive data:Historically, bitcoin bull runs have always touched the 200-day moving average at least once, as analyst @dilutionproof noted: “Touches from the 200-day moving average during bull runs:

2013: 2x– 2017: 1x– 2022: 0x (so far) ”For him, it would not be a surprise if bitcoin fell to $ 38,000.What's more, Elon Musk is in conflict with the bitcoin community and has already revealed his willingness to "all-in" Dogecoin. The billionaire suddenly changed his mind about BTC and he has managed to influence the price of cryptocurrencies with just a few tweets. It is not possible to know if the price of bitcoin is going to fall or rise, whoever says that he can predict with certainty is lying, but if we have a sale of Tesla we can see an even stronger fall. It is time to separate those who are in the long run from those who want easy money.

The long-awaited activation of Bitcoin's Taproot is getting closer to reality. We already have 77.60% of the hash power in the pools signaling positive for activation, with Binance Pool, Okex Pool and BTC.com on their way to signal 100% of the blocks. We probably will not have activation this week, since the blocks with a negative sign are signaling at the limit of 10%, just one more being enough to have to wait another 2 weeks. The consensus for any bitcoin update is complex and often requires coordination between diverse developers, miners and users. Anyway, it is good to keep an eye on Taproot.watch in these decisive weeks.

Upgrades of the week

On the Dogecoin podcast: the deadly joke | Weekly Bits # 9 we list the 3 biggest upgrades this week. The biggest one will be the Crypto.com announcement that will reveal the roadmap for the CRO blockchain the broker's token. The idea is to compete with the Binance Chain:

Altcoins and green energy in Bitcoin

As altcoins seen by the market as more efficient and cleaner gained prominence last week, Nano went up 60% in the face of bitcoin in a speculation move about which cryptocurrency Tesla would choose. After the rally, the altcoin market is down again and follows, for the most part, bitcoin. But environmental concerns about cryptocurrency mining have only just begun to take shape. A good example of this is Aro Blockchain, a cryptocurrency mining company, which has increased its investments towards environmentally friendly bitcoin mining. The company acquired two hydropower data centers in Quebec, Canada, as it said in a press release on the London Stock Exchange, where it is listed. The two data centers add up to 20 megawatts of energy capacity, currently housing a significant portion of Argo's bitcoin mining equipment. In addition, the acquisition aims to provide the company with long-term stability, increasing its control over the facilities that house its mining machinery. At any time Tesla can announce that it accepts a new currency, just as the development of Dogecoin could change the consensus system to PoS since Elon Musk said he is working with Doge to make this a reality. There are no certainties, only speculations.

Inflation and the dollar

The dollar has been on a downward trend in recent weeks, the consumer price index was the highest in the past 12 years and the dollar has weakened globally. This helped to further bring down the national BTC quotation.See also: Monetary printing may increase inequality, Central Bank of Canada admits

Tue May 18 , 2021
After Elon Musk revived the old discussion about the energy expenditure of the Bitcoin network, Galaxy Digital published a report on the subject. In it, it is revealed that the banking system spends more energy per year than all bitcoin miners combined. A quantitative answer to a subjective question During […] 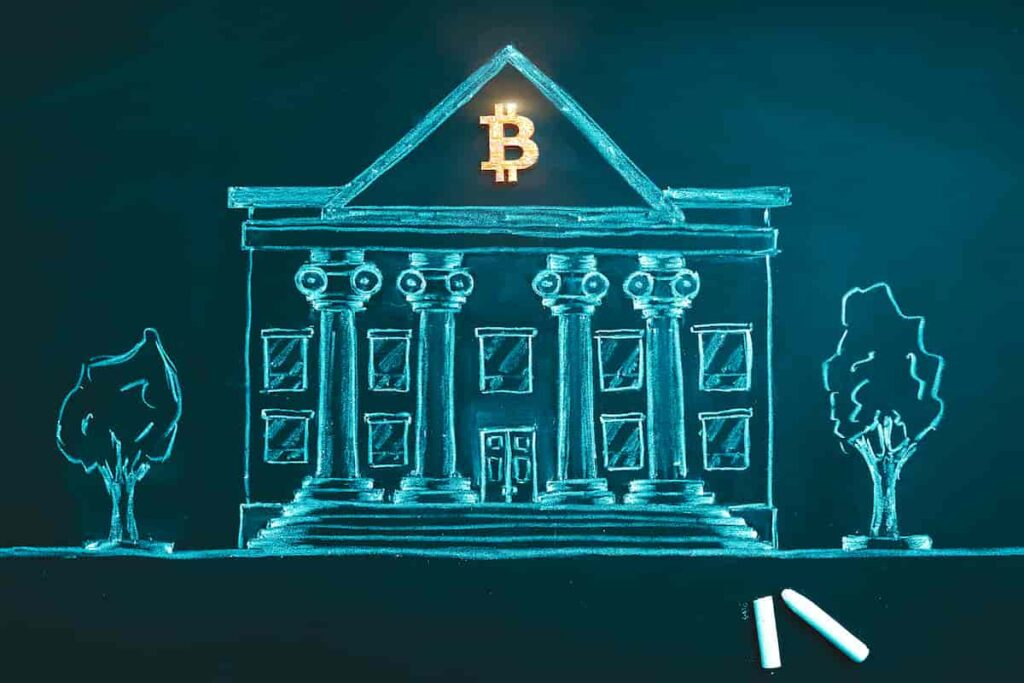