You may have seen a lot of advertising on the internet on how to make easy money by playing. But the games that we are going to present here have different proposals due to a special feature: the blockchain. This is the case with MOBOX, Axie Infinity and Light Nite. Games that run on Ethereum and Bitcoin blockchains rewarding their players with real money. Let's better explain how they work.

Money doesn't grow on a tree or fall from the sky

Online entertainment is an extremely competitive industry, with large companies competing for their information, attention and money. Several of them have adopted gamification techniques to retain users and keep them interested. Using all of these systems, applications and features are designed to increase retention and keep you curious. Some appeal to your pocket, saying that your rewards will make you a millionaire. Others are a little more sincere, for example, the famous Pokémon GO, which rewards players to walk around hunting for their favorite Pokémon and the action simulators that encourage the player to become the true Wall Street wolf by betting against other players. .

Still, with all the time and money spent by the user, the rewards just aren't satisfying. Companies always have an advantage and extract every possible penny from the user. The following games have a different dynamic, using innovative tokenomics, using finance and games. While combining the best of DeFi and NFTs to create a free, unique and timeless ecosystem to play.

Mobox is a community-oriented platform that empowers users, rewarding them for their involvement and fun. It provides each user with a wallet, which automatically connects to free games. The interesting thing here is that these games generate points that the user can use to purchase non-fungible tokens (NFT). This is basically the way to combine NFTs with yield farming. The MOBOX platform facilitates the operation of your cryptography through Binance's Smart Chain. To play and earn the rewards, you will need to register on the Mobox website, have a compatible Binance Smart Chain wallet and also a small amount of BNB in your wallet to cover transaction fees. The MOBOX wallet can also be downloaded from the Google Play Store and AppStore. The platform offers three games: Trade Action, Momo Farmer and MOMO: Token Master. The three games use the MBOX token. The native token is used to process transactions through the platform, deploy bonuses and incentives and is also used for governance votes that determine how resources will be allocated.Source: DappRadar.comMOBOX is a force to be reckoned with, one that could shake the DeFi space as we know it. They had 40,000 minted NFTs and $ 10,000,000 in NFT trades in the launch week alone. Today the price of the MOBOX token is R $ 4.59.

Axie Infinity is an online game that brings trading card elements with turn-based battles in a secure blockchain-based environment. It brings Pokémon-like creatures where you must train and evolve them. These creatures, called Axies, need to be trained and challenged by dangerous enemies, who will reward you with experience, rare items and negotiable tokens. Best of all, players who venture into ruins and other activities (such as PvP) will receive a fabulous reward. We are talking about SLP (Small Love Potions), a cryptocurrency that can be redeemed by overcoming challenges. Therefore, the Axie Infinity differential is in its economic structure, allowing a free negotiation of tokens, items and even land for digital money. Having a MetaMask wallet, you connect with the official Axie Infinity store. You will need to synchronize the balance between the game and your wallet with the "Sync Love Potion" option. To buy your Axies deck, you have to exchange them, preferably, for Ethereum. Then just have fun making a profit, I mean, playing! The price of the Axie token (AXS) has risen 83% from a low of $ 6 on April 25 to a high of $ 11 on April 29, while the price of Sync Love Potions (SLP) soars more than 1,000%, from a low of $ 0.035 on April 25 to a new record of $ 0.396 on May 2. Several reasons for the recent AXS and SLP price increase include migration to the Ronin side chain to Ethereum, increases in adoption by the community, and sponsorship from a well-known crypto influencer who helped attract new participants to the community. Users of the blockchain-based video game Axie Infinity spent $ 6.73 million in non-fungible tokens (NFTs) of the game in the last seven days, according to DappRadar. The achievement makes the Axie Infinity collection the most valuable in NFT.

On October 19, 2019, the team behind video game portal Satoshi’s Games introduced Lightnite: an online multiplayer third-person shooter whose microtransactions are powered entirely by the Lightning Network. This game offers trading of native game items on the NFT market, the Elixir Marketplace platform, and allows users to earn bitcoins. He's kind of a Fortnite 2.0 with a bitcoin reward.Players can instantly get bitcoins by shooting opponents. All in-game items have a real value that players can consume or trade to withdraw their balance using the Lightning Network (LN). The game features the circular economy model with its store. There you can buy and sell items. Thanks to payments at Lightning, Light Nite players can enjoy the avatar customization experience without generating a data log associated with their identity. Satoshi's Games, the game's developer, is a gaming platform that allows you to earn bitcoin by playing other games such as: Lightning Agar and Various challenges. Satoshi’s Games integrates LN to deliver a better gaming experience based on microeconomic incentives. Each digital interaction is charged or rewarded through the Lightning Network (Bitcoin's second-tier payment protocol). Just install a wallet that supports the protocol (BlueWallet, for example). All you need to do is move a small amount of bitcoin into that wallet and start making transactions through the Lightning Network at Satoshi’s Games. When you win, you can withdraw bitcoin from your wallet. Many games from Satoshi’s Games are yet to be released, but they follow the same idea. They will offer trading of native game items on the NFT market, the Elixir Marketplace, and allow users to earn bitcoins. The billion dollar market for blockchain games is only just beginning, but it has already created fortunes for developers and some lucky players. If you like games and also make money, maybe this is the right opportunity to have fun while pocketing some satoshis. Even today Cointimes will make a Live like Leonardo, the gamer who earns R $ 2 thousand per week, to talk more about the blockchain games and the NFT market. Join our YouTube channel. Live starts at 4 pm Read more: Gamer earns R $ 2,000 a week with blockchain games, see how to play.

Fri May 28 , 2021
With an increase of 800% in the year, the Ethereum UNI token became an asset in many portfolios of investors in the cryptocurrency market. Now, the NovaDAX broker has just launched a campaign that gives you three possibilities to win it for free, just follow the instructions and regulations on […] 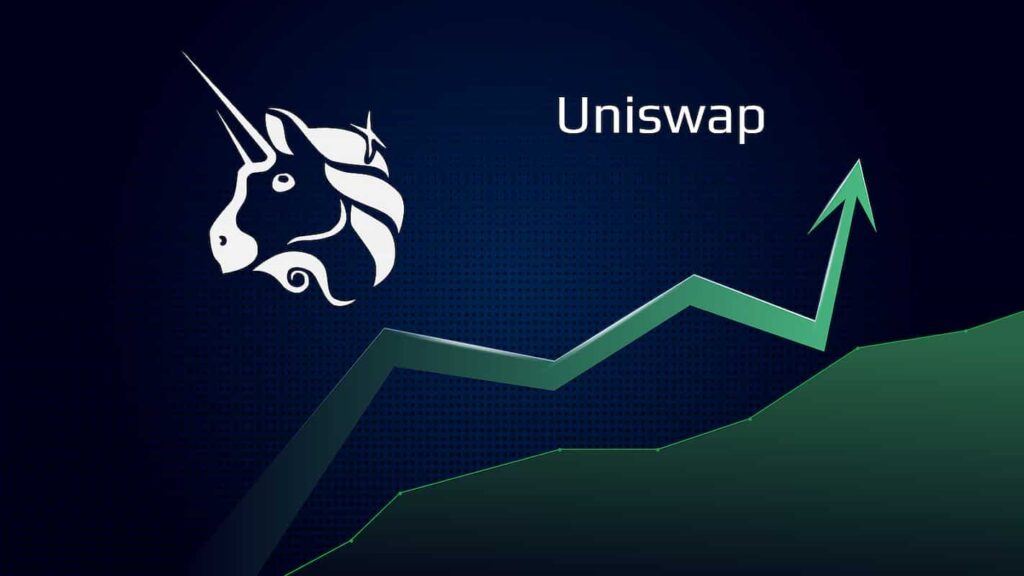