CobraBitcoin, a pseudonym of one of the owners of Bitcoin.org, recently gave his opinion on the adoption of the Lightning Network (LN), a second-tier solution for scaling Bitcoin that has apparently shown slow growth.
Since the idea was presented, it was considered the “promise of the year” to solve Bitcoin's scalability problems, since without the need to confirm each transaction on the blockchain, numerous transactions could be carried out on LN without congesting the network.
However, amid controversial discussions about what the future of technology would be, year after year we have not seen Lightning grow as expected.

Key year for the Lightning Network

Since the Breaking Bitcoin conference, which took place in September 2017, when a speaker was asked about when LN would be "ready", the answer "18 months" has been marked as a meme, and the deadline for the technology to take off and get big adoption still seems to be the same.
In that sense, the iconic anonymous figure in the crypto market CobraBitcoin tweeted that this would be the key year for Lightning's growth. “It's been 6 years of development now. This needs to start justifying the hype or it will start to go away, ”he said.

2022 will be a key year for Lighting Network. It's been 6 years of development now. It needs to start justifying the hype or it will fade.Whether you're a fan or not, it needs to get going, and exchanges and companies like @CashApp need to back up their kind words with action. pic.twitter.com/yNRX7C5Gyi– Cøbra (@CobraBitcoin) January 18, 2022

Its publication comes with a screenshot of Defi Pulse, a website that lists decentralized finance technologies and places the Lightning Network in twenty-eighth position, with $ 37 million “stuck” on the network.
As we previously published on Cointimes, there is more Bitcoin on Ethereum than on the Lightning Network. This does not mean, however, that Wrapped Bitcoin or any other solution of tokenizing Bitcoin to another network will replace what LN set out to do, as Lightning is a more decentralized solution.
But Cobra and other users began to discuss whether the plan was really on the right track, after so many years of updates to the software that remains in beta. “Honestly, I'm more concerned with the lack of updates and information about the setbacks than with the delay. If I had to guess, they had problems that they don’t know how to overcome, unless I hear something different. ”, said a user in response to the tweet.
To Cobra answered: "I agree. I would say that several security issues in 2020 led them to question the robustness of the design, and they don't want to risk a catastrophic loss of funds, so they deliberately keep the software still in beta. ”

In the midst of a lot of waiting and various criticisms, developers continue to work to offer the best solutions to scale Bitcoin in a decentralized way. According to Elizabeth Stark, building Lightning looks more like a marathon than a 100-meter run. Building such ingenious software takes time, but it may end up taking Bitcoin to another level.

The Lightning community is about building, not hype. Lightning is a marathon, not a sprint, and we're bringing #bitcoin to the next billion people. 💪— elizabeth stark (@starkness) January 16, 2022

Regarding adoption, one of the largest brokers in the United States, Kraken, announced that it is putting together a team solely to integrate the Lightning Network securely on its platform. The exchange expects that later this year customers will be making withdrawals and deposits more quickly and cheaply.
More than a year ago the experiment was successfully carried out by Bitfinex and Buda.com. In Brazil, we know that Foxbit and Walltime are also eyeing technology.
For the average user, the Electrum, BlueWallet and Phoenix wallets are among the most recommended by the community to start moving satoshis through the second layer.
Want to know how the network works in practice? See the following post to find out how you can test LN for free.
++ How to use the Lightning Network (video tutorial)
++ Getting free cryptocurrencies with faucets

Tue Jan 19 , 2021
Former U.S. Treasury Secretary Dr. Lawrence H. Summers spoke last Friday (January 15) about Bitcoin and why its price should continue to rise in the long run. Dr. Summers was not only the 71st Treasury Secretary in the Clinton administration, he served as Director of the White House National Economic […] 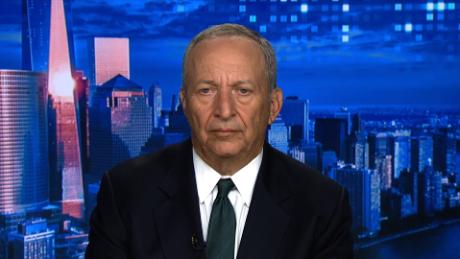