A new survey by Goldman Sachs reveals that more family offices are turning to cryptocurrencies as a possible hedge against inflation, currency devaluation and unpredictable macroeconomic events. More than 150 family offices around the world were interviewed for the survey. Of those surveyed, 15% already have cryptocurrencies (among American respondents, this number is 25%), while 40% are concerned about currency devaluation. Among those concerned about degradation, 45% are curious to explore cryptocurrencies as a possible protection against inflation. Goldman Sachs partner and co-director of private fortunes, Meena Flynn, told Bloomberg that “most family offices” are eager to talk to the bank about blockchain technology, as they believe it could be as impactful as Internet. Many family offices are not too convinced, however. At the more pessimistic end of the spectrum, 47% of American family offices believe that cryptocurrencies are not a good store of value, while only 24% of Asian respondents feel the same. Family offices have a reputation for being secretive. A family office is basically an asset management organization, but it usually only manages the wealth of a single individual and their family. Of the family offices that responded to the survey, 22% had $5 billion in assets under management and 45% managed between $1 billion and $4.9 billion. Goldman Sachs' research came a few months after publishing a research report that concluded that cryptocurrencies are a legitimate asset class. In May, the bank stated: “Customers and others are treating (Bitcoin) as a new asset class, which is remarkable – we don't often witness the emergence of a new asset class.” Just last year, Goldman Sachs had unequivocally stated that cryptocurrencies were not an investable asset class. A turnaround like this, from one of the world's biggest banks and their customers, is a strong indicator that little can stop the crypto market from growing. *Translated and republished with permission from Decrypt.co

Fri Jul 23 , 2021
A South Korean teacher creates a toilet that converts poo into energy and is paying the students who help fill it in cryptocurrency. Cho Jae-weon, is a professor of urban and environmental engineering at the National Institute of Science and Technology in Ulsan (UNIST ), who designed an eco-friendly bathroom.Cho […] 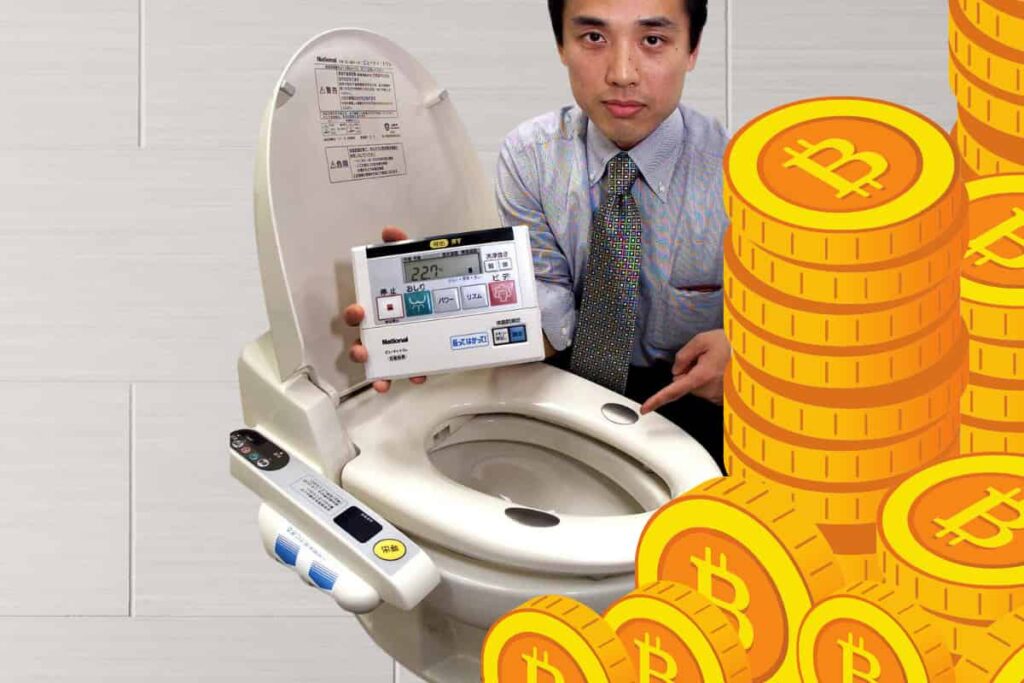